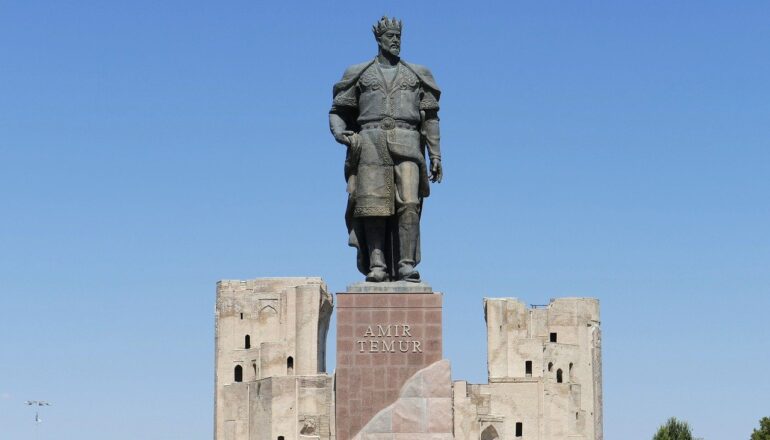 A small town located 90 km south of Samarkanda whose name in Persian means “ green city “. Visits to the splendid ruins of this ancient and glorious city that was one of the main cities of Central Asia with a past of over 2000 years of history behind it.

It was built according to a typical model of the High Middle Ages with a central structure similar to those of Samarkanda and Bukhara, and continued to develop during the 9th and 10th centuries.

Despite the continuing conflicts between the Samanid and Turkish dynasties. But the city is most famous for being the birthplace of Timur (Timur the lame), historically known as Tamerlane, born here on April 8, 1336 and going down in history for being the founder of the Timurid empire, the undisputed ruler in Central Asia and in eastern Persia between 1370 and 1507.

During this period, Shahrisabz’s fame even overshadowed that of Samarkanda. Tamerlane had numerous palaces built such as the Ak-Saray palace (1380-1404) “ white palace ” which was designed to be the grandest of all Timur buildings. The works were begun in 1380 by craftsmen deported by the neo-conquest Corasmia. Unfortunately, only traces of the two towers have survived, 65 meters high and composed of ceramic mosaics, blue, white and gold. Above the entrance of the Ak-Saray there is a writing in large letters that reads: “ if you question our power, look at our buildings “. We continue with the Dorus-Saodat which contains the tomb of Timur. The Dorut Tivolat (house of meditation) the original burial complex of Timur’s ancestors and the gigantic Kok-Gumbaz mosque (1437), used as a Friday prayer mosque . 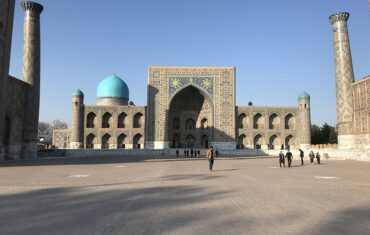 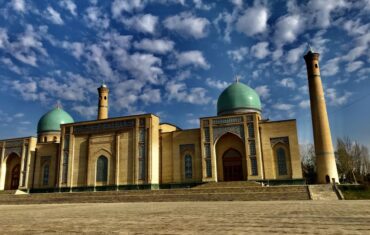 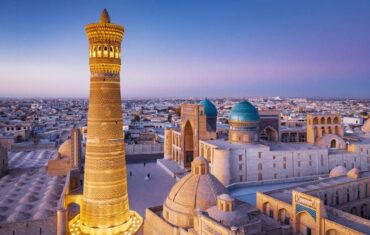 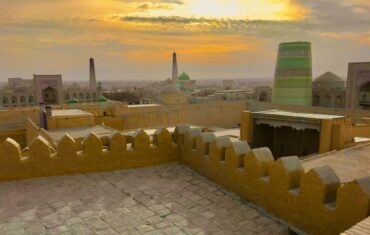