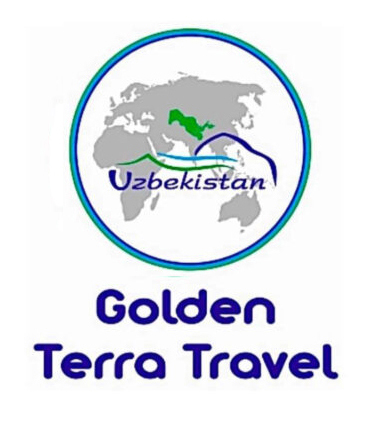 call us we are open 8/18
TRAVEL WITH US
Menu

“If you question our power, look at our buildings”. cit. Tamerlane

Introduction: Uzbekistan, the richest state of history among all the republics of Central Asia, is a country that counts some of the oldest cities in the world, many of the main centers along the Silk Road and most of the architectural beauties of this geographical area. A journey to discover the capital Tashkent located in an irrigated oasis on the banks of the Chircik River, the ancient Khiva dating back to the eighth century, a commercial oasis along the Silk Road. Bukhara, a city that has over 140 protected historic buildings, located in an oasis of the Kizil-Kum desert, Shahrisabz, the birthplace of Tamerlane, Samarkanda one of the oldest cities in the world, is the most extraordinary and magical place in all of Asia central, with its Registan square and the countless splendid buildings built by Tamerlane.

The main attractions of the trip:

Khiva: demonstration of baking bread (sharing freshly baked bread among neighbors is a common tradition in Uzbekistan, it is an ancient custom.

Evening walk on the walls of the ancient citadel to admire the wonderful panoramic view and the sunset.
Bukhara. the folklore show in the Nodir Devon Begi madrasa, traditional dinner at a family home to taste the delicious typical dish par excellence of Uzbek cuisine: the “plov”.
Samarkanda: visit to the 14th century artisan mulberry paper factory. produced with ancient techniques and evening stroll in front of the illuminated Registan square.

Tashkent is the capital of Uzbekistan. Arrival in Tashkent in the morning with Turkish Airlines flight at 8:00. Meeting with our local assistant and transfer to the hotel by private means. Breakfast and start the tour of the old city of Tashkent , which looks like a tangle of narrow streets overlooked by low brick and mud houses, ancient mosques and madrasas (Islamic academies). Architectural complex called Khast Imam , where religious monuments are located, of particular interest is the eighteenth-century madrasa Mui Mubarak , in which the oldest Koran is preserved existing , marked with the blood of Caliph Osman himself, assassinated in 655, the madrasa Barak Khan , founded in the 16th century by a descendant of Tamerlane, the Kafal Shashi mausoleum , the patron saint of the 10th century. The gigantic KhastImam Friday mosque , then the visit of the Tashkent subway and the Chorsu bazaar , a huge open market, lunch and transfer in hotel. Cheek in. Time available. Dinner and overnight. C/P/C meals

After breakfast, transfer to the airport for the domestic flight to Urgench (1 hour flight) Short transfer of 40 km to Khiva, “a city of one mile and one night”. Day dedicated to visiting the city of Khiva. One of the most fascinating cities in the region, with its Arabic-style structures with colors ranging from light blue to turquoise, it has remained virtually intact since the 16th century.

Khiva is one of the best preserved cities along the Silk Road. It was the seventeenth-century capital of the Khiva Khanate and still retains a mysterious atmosphere of an ancient eastern city. This can be seen above all in the citadel of Ichan-Kala , the old part of the city, a labyrinth where you will admire numerous historical monuments and masterpieces of local architecture, mingling with the homes of the local people. Khiva has been included in the UNESCO World Heritage List and is the only city in the country where you can see a fascinating sunset. While visiting Khiva, you will be able to see the baking and sale of bread. Moreover, the tourist will notice the countless and nice weddings that take place every day. At the end of the visit, free time available for shopping. Check-in at the hotel. Dinner and overnight.  C/P/C meals

Breakfast at the hotel. Departure for Bukhara by private vehicle or by train.

Crossing the wide Kyzylkum desert , which stretches between Kazakhstan and Uzbekistan. Its name in Uzbek means “red sands”, and its territory consists for the most part of a plain covered with sand dunes. On the way, the itinerary leads across the Amu Darya river. (short stop with lunch in the desert). There are two rivers in Uzbekistan: the Amu Darya , known to the Greeks as Oxus. The Amu Darya flows through Turkmenistan from south to north, passing Turkmenabad and marking the border between Turkmenistan and Uzbekistan from Khalkabad. Instead, the other important river is the Syr Darya known by the Greeks as Jaxartes or Yaxartes . Arrival in Bukhara in the evening visit the central square Lyabi-Khauz , the madrasah Nadir Divan begi . Check-in at the hotel. The dinner will be held at the home of a local family, who will demonstrate the cooking of plov, the famous Uzbek dish. I’m going back to the hotel. C/P/C meals

Breakfast at the hotel. Departure for the visit of Bukhara, a city also called holy or blessed , which preserves unique monuments of ancient architecture. Bukhara was once one of the most important trading centers along the Silk Road, and numerous caravanserais and covered markets can still be found. Visits include the Samani Mausoleum , considered to be one of the most prized works of architecture in Central Asia, built in 905 as the resting place of Ismail Samani, a powerful and influential emir of the Samanid dynasty . But in this fabulous city there are also the fortress of Ark, the madrasa of Chor Minor which in Persian means four minarets, the complex of Po-i- kalyan , the madrasa of Ulugbek and othersarchitectural monuments of the period. Walk in the Jewish quarter where there is also a synagogue. The visit of the covered bazaars of Toqi Telpak and Toqi Safaron , the Maghoki-Attar mosque . In the late afternoon, you can enjoy the folkloric concert accompanied by a fashion show at the courtyard of madrasa Nadir Divanbegi , it will be a pleasant way to end the day. I’m going back to the hotel. Dinner. C/P/C meals

Breakfast at the hotel. We leave for Shahrisabz , a small town located 90 km south of Samarkanda whose name in Persian language means “ green city “. Visits to the splendid ruins of this ancient and glorious city that was one of the main cities of Central Asia with a past of over 2000 years of history behind it. It was built according to a typical model of the High Middle Ages with a central structure similar to those of Samarkanda and Bukhara, and continued to develop during the 9th and 10th centuries. Despite the continuing conflicts between the Samanid and Turkish dynasties. But the city is most famous for being the birthplace of Timur (Timur the lame), historically known as Tamerlane, born here on April 8, 1336 and going down in history for being the founder of the Timurid empire, the undisputed ruler in Central Asia and in eastern Persia between 1370 and 1507. In this period the fame of Shahrisabz even obscured that of Samarkanda. Tamerlane had numerous palaces built such as the Ak-Saray palace (1380-1404) “ white palace ” which was designed to be the grandest of all Timur buildings. The works were started in 1380 by craftsmen deported by the neo-conquest Corasmia. Unfortunately, only traces of the two towers, 65 meters high and composed of ceramic mosaics, blue, white and gold, have survived.

Above the entrance of the Ak-Saray there is an inscription in large letters that reads: “ if you question our power, look at our buildings “. We continue with the Dorus-Saodat which contains the tomb of Timur. The Dorut Tivolat (house of meditation) the original burial complex of Timur’s ancestors and the gigantic mosque of Kok-Gumbaz (1437), used as a Friday prayer mosque . At the end of the visits, transfer to Samarkanda. Arrival and transfer to the hotel, dinner and overnight stay.  C/P/C meals

Breakfast then day dedicated to the city excursion. One of the oldest cities in the world, Samarkand was founded in the late 14th century BC. near an oasis and prospered thanks to trade. It was razed to the ground by Genghis Khan and flourished again between the fourteenth and fifteenth centuries thanks to Amir Temur (Tamerlane), a great leader and statesman who proclaimed Samarkand the capital of his empire.

Samarkand is wonderful and fascinating.

The pride of Samarkand is undoubtedly the majestic Registan Square, scenographic square occupied by a grandiose complex consisting of 3 madrassas: of Ulug Beg, Shir Dor and Tilya Kari , famous for the purity of the lines and the elegance of the majolica. The mosque of Bibi-Khanim (15th century) with gigantic architecture also built by order of Tamerlane after his campaign in India, to show his power, to build it he deported thousands of craftsmen to Samarkanda Indians.

Visit of the Gur-e.Amir mausoleum (15th century) which means ” the tomb of the Emir ” is located where Tamerlane and his followers are buried. The mausoleum was built by order of Tamerlane for his nephew Mukhammad Sultan, who died in 1403. Timur-e-lang (literally Timur the Lame, which we called Tamerlane) wanted to build the great Friday mosque with a style that had to make it resemble the paradise. (XVXVII century). Visit of the oriental bazaar “Siyob” . Dinner and return to the hotel.  C/P/C meals

Breakfast and continuation of the visit of Samarkanda. The visit of the Museum of Afrosiab with the finds of the ruins of the ancient city , the Observatory of Ulugh-bek , the sovereign-astronomer who between 1420 and 1430 build an observatory with a 30-meter astrolabe; the monumental complex of the Shah-i-Zinda Mausoleums , with the “tomb of the living king”, a cousin of the Prophet Mohammed. The Shakhi-Zinda complex (14th-15th century), consisting of some mausolei.

Finally, a fascinating experience: visit to the wonderful paper factory located in the Ko’nigul village , an interesting demonstration of the ancient techniques of producing silk paper produced from mulberry .

Departure from Samarkanda by train, arrival in Tashkent. Dinner in a restaurant . Return to the hotel.  C/P/C meals

Transfer to the airport in time for boarding the departing flight and end of our services.

The cost of the trip includes

The cost of the trip excludes

There are no reviews yet.

Be the first to review “PLACE OF TAMERLANO” Cancel reply